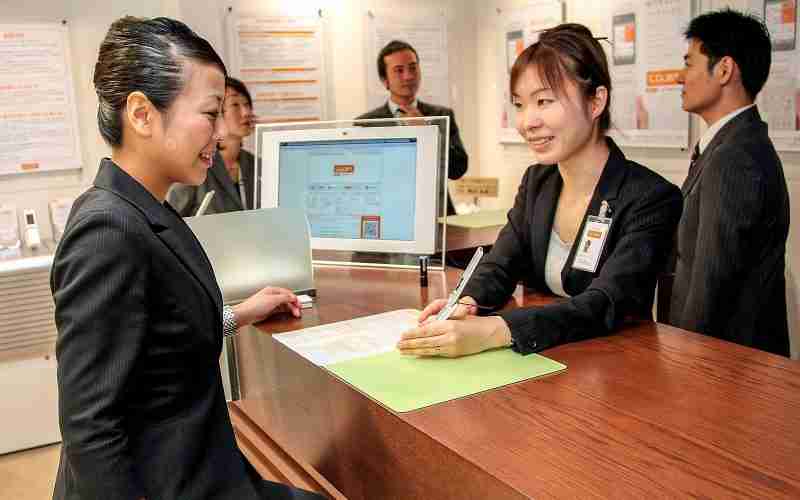 There are more than 400 banks in Japan. Meanwhile to control the nation’s money supply and serve as a lender Japan established a central bank in 1882. Also, today the central bank is known as the Bank of Japan.
The country has licenses for Municipal, Regional, and Trust Banks to operate.
Banks in Japan consist of:

The Mitsubishi Group was established in 1880 and is based in Chiyoda, Tokyo. The bank employs over 150,000 employees and has 12 million clients. Also, the company is divided into four business divisions:

The 2003-founded Mizuho Financial Group offers banking and financial services across Japan. The Americas, Europe, and Asia/Oceania. Tokyo, Japan is home to the company’s headquarters.
Moreover, the bank employs about 60,000 people and is headquartered in Chiyoda, Tokyo.

Founded in 2016, the Concordia Financial Group is based in Japan. Also, the bank has 6,000 employees and its head office is in Tokyo. Higashi-Nippon Bank and the Bank of Yokohama merged to become it. In addition to other financial services, the organization offers banking and insurance services.

The Chiba Bank was established in 1943 and is based in Chiba. It is a Japanese company that provides various financial products and services. Also, there are about 4,300 individuals working there.

Founded in 2006, with a Tokyo headquarters. It is a savings institution and was included in the restructuring of Japan Post into Japan Post Holdings. Also, it allows wire transfers of money between the banking division and the post office.

The lending facilities include:

Japan’s largest deposit bank and provides nationwide services for fund withdrawal. Because it allows the usage of both international debit and credit cards. As of 2019, the bank’s total assets stood at 205 trillion, with a total income of 266 billion.

Japanese bank holding/financial services firm founded in Chiyoda, Tokyo, in 2002. Also, it has $2.036 trillion in assets worldwide and provides services such as: –

Overall, it reported total assets of $2.036 trillion and total revenues of $6.47 billion in 2019. It also has other companies that provide professional services for various financial products.

It was founded in 2003, with headquarters in Toyama. This group operates the following segments: –

Banking operations provide financial services to the banking segments. The other component is in charge of leasing, credit cards, and non-banking subsidiaries. In 2004, the Hokuriku Bank and the Hokkaido Bank merged their management. Finally, to form the Hokuhoku Financial Group. Also, it operates as a super-regional financial network encompassing the entire Hokuriko region.

Fukuoka Financial Group is a Nikkei-listed Japanese corporation. Founded as a financial holding with the Shinwa Bank as a wholly-owned subsidiary. Its headquarters is in Fukuoka (the largest city of Kyushu, located in the south of Japan).

The services provided by the group are:

It is Japan’s largest regional bank, with operations in southwestern Tokyo. It was created in the aftermath of the failure of many existing banks in the region. To improve financial services in the area. Concordia Financial Group, Ltd. was formed in 2015 after the Bank of Yokohama merged with Higashi-Nippon Bank. As a result, it was included in the Nikkei 225 stock index.

Which US banks are in Japan?

The island country is home to various multinational banks, in addition to national Japanese banks:

Are there international banks in Japan?

Japan now has 53 foreign banks in operation. Japan’s banking system is comparable to that of other developed nations. It is stable and well-regulated. Also, it provides a wide range of alternatives for corporate and personal accounts. Some banks, although not all, offer English-language services.