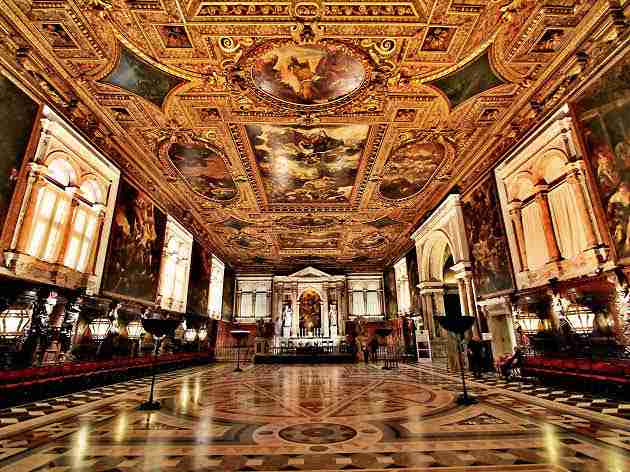 Italy has a rich and diverse cultural heritage. The following museums in Italy will astound you, and you’ll enjoy a deeper knowledge of this beautiful country by visiting them.

This is the must-see museum.  This conglomerate of galleries hosts some of the greatest collection of artworks in the world. This Museum was founded by Pope Julius II in XVI. Visitors can admire Michelangelo’s  masterpieces in the Sistine Chapel and Raphael’s paintings in the pope rooms.

The Uffizi is one of the oldest and most famous art museums of the Western world. The Uffizi core collection gathers artworks owned by the Medici family, which has been enriched by other donations and exchanges over the time.
The Gallery is divided into different areas organized by epoch and style. It contains artwork from the 12th to the 18th century, including the greatest collection of Renaissance artworks in the world.

The Pompeii ruins constitute an astonishing outdoor museum which contains the remains of the ancient city of Pompeii which was destroyed by the eruption of Mount Vesuvius in 79 A.D.

Pompeii has been a UNESCO world heritage site, along with along with Herculaneum and Oplontis, since 1997.

The Egyptian Museum of Turain was founded in 1824 by King Carlo Felice who had a collection of 5,628 Egyptian artifacts. Today it contains over 30,000 Egyptian artifacts including the Temple of Tuthmosi III, sarcophagi, mummies and books of the dead originally belonging to the Drovetti Collection, and the Turin King List.
It is in the beautiful building of the Academy of Sciences and after Cairo’s, is considered the second most important Egyptian museum in the world.

The Doge’s Palace of Venice is a symbol of this beautiful city and it is a masterpiece of Gothic style. It is located in the historic Piazza San Marco, and it used to be the residence of the Venetian Doge, or  the chief magistrate and leader of the Most Serene Republic of Venice.

The Capitoline museums are considered the oldest national museums, as they are supposedly the first place art was made available to the public. The Capitoline Museums are located atop the Capitolini hill  in the Palazzo dei Conservatori.

This magnificent Royal Palace was originally the residence of the Bourbon royal family of Naples and is listed among UNESCO world heritage sites.
The Palace is surrounded by a beautiful English garden characterized by a huge fountain called the “Grande Cascata” (great waterfall). The whole palace itself is a museum, and inside it you will find marvelous paintings, statues and fine furniture.